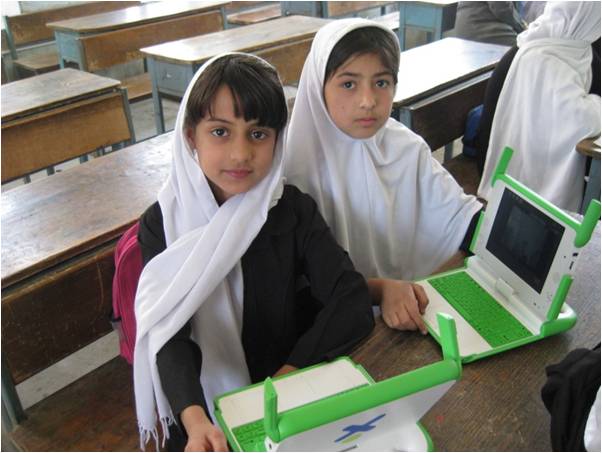 Upon meeting Karim Khoja, C.E.O. of the Telecom Development Company Afghanistan Ltd., also known as Roshan, Afghanistan’s largest cell provider, I knew that I stood before a wise man.

Behind his twinkling eyes, I could almost see his brain synapses flashing brightly.

Roshan is the leading GSM cellular service provider in Afghanistan, with coverage in over 230 major cities and towns and over 3.5 million active subscribers.

Since its inception in the market in 2003, Roshan has invested over $445 million in implementing and maintaining a high quality cell phone network across a nation battered by violence and turmoil.

When one meets a thought leader and global citizen such as Karim, a sort of kindred spirit is evident from the first handshake.

Karim explained to me that Roshan is dedicated to the reconstruction of Afghanistan by providing the highest standards of service, creating new businesses, training future leaders, and developing an entrepreneurial spirit.

Born in South Africa of Indian descent – remember the movie Gandhi? – Karim eventually moved to the U.K. and then settled in Canada. In 2002 he resettled in Kabul, Afghanistan to begin to lead Roshan.

Roshan’s names itself comes from the community. The company explained to people in six Afghani focus groups the concept of branding – like Coca Cola. The focus groups all somehow came up independently with the same name: “Roshan.”

The word “Roshan” means “light” in both of the national Afghan languages, Dari and Pashto. The name was given by the people of Afghanistan as Roshan brings a promise of hope and development. Hope. To move Afghanistan out of darkness – and towards a brighter future.

Roshan’s business model is to outsource much of its needs to create jobs in the local economy. The company outsources drivers and a host of other functions, creating over 30,000 jobs in Afghanistan.

According to OneWorld South Asia, it is simply joblessness that is driving Afghan youth to extremism. High unemployment leaves little opportunity.

This cell company has built about 1,000 cell towers across the nation, and because of its ability to generate local jobs, the community protects the towers from the Taliban who are intent on toppling them to cut the nation’s connectivity.

Light brought to Afghanistan through mobile technology pushes back the darkness of Islamic extremism, allows for the communication between various ethnic groups, and creates income for its people.

Roshan invests its profits back into the community, creating sustainable development. This business model transcends tribal battles and attracts loyalty because it provides jobs.

Roshan also contributes to the economic growth of Afghanistan as one of the largest advertisers, spurring the development of new markets of printing, billboards and advertising.

Roshan has made significant development towards integrating Afghani women into business. Microfinance opportunities that allow women to open a Women’s Public Call Office, essentially their own telephone store just for women are but one example.

The name of the company resonates with me personally on three levels: their commitment building to cross-cultural bridges, their embrace of honesty, integrity, and respect. And finally, their name.

“Roshan” resonates with me deeply because it means light, the same as my own through Latin. “Luce” is also light. No wonder I feel so comfortable with Roshan. Perhaps, somehow, Karim is my long-lost uncle.

I would be proud to have an uncle as solid as Karim Khoja.

I am an educator by profession, pursuing my further career in teaching and learning. I love to read and, even more, love to share what I read.
View all posts by Ahmad Amirali →
This entry was posted in Articles. Bookmark the permalink.
%d bloggers like this: