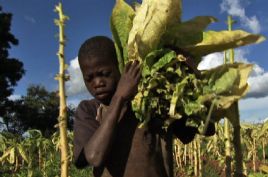 “Human Trafficking is an invisible crime, yet it touches us every day,” says Hemani, a former war correspondent who has worked with major news broadcasters like CNN and ABC News. In 1997 he formed Linx Productions, an independent producer of TV news and documentaries. “Trafficked people could be cleaning our homes and offices, making the clothes we buy, growing the food we eat — we are totally unaware.”

Hemani’s position is echoed by international organisations seeking to raise awareness and fight human trafficking. “Slavery is a booming international trade, less obvious than 200 years ago for sure, but all around us,” said Antonio Maria Costa, Executive Director of the UN Office on Drugs and Crime, at the launch of the UN Global Initiative to Fight Human Trafficking (UN.GIFT) in March 2007.

The United Nations estimates that human trafficking and related activities like forced labour produce annual profits of $32 billion, second only to illegal arms sales, and ahead of the illicit drug trade. Studies show there are approximately 27 million “slaves” in the world today, most of whom are women and children, with forced labourers representing a significant proportion of that number.

I am an educator by profession, pursuing my further career in teaching and learning. I love to read and, even more, love to share what I read.
View all posts by Ahmad Amirali →
This entry was posted in Articles. Bookmark the permalink.
Loading Comments...
%d bloggers like this: